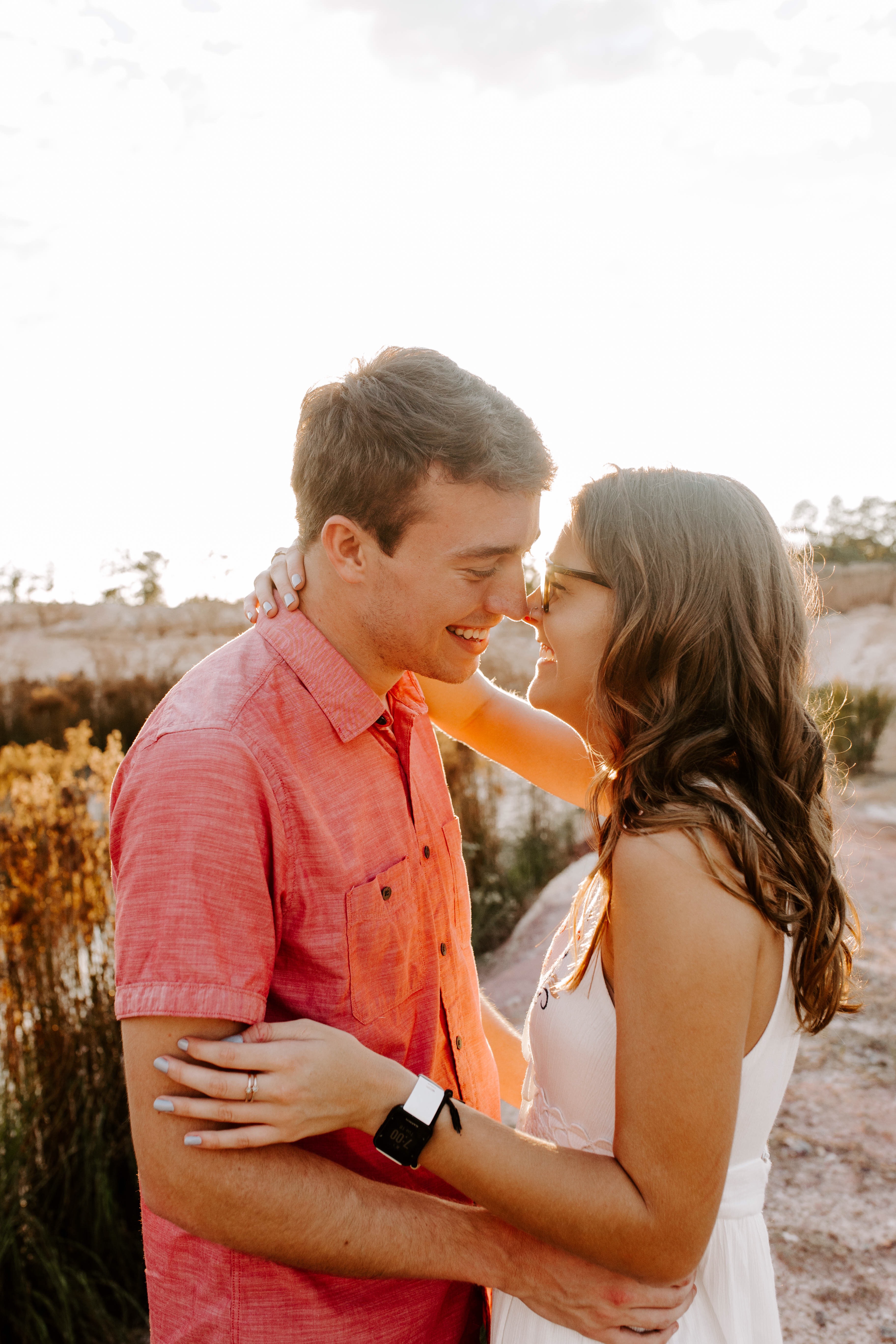 How We Got Here

Ryan and Hannah met in the spring of 2016 on Hannah’s college visit to Columbia International University. Ryan was a sophomore at CIU that year and on the track team, where she first met him at a practice she attended. After Hannah flew back to Michigan, Ryan contacted her on social media to follow up to her visit. After a few message exchanges, they didn’t contact each other until the fall when she moved to CIU and they ran into each other in the cafeteria. Ryan was no longer on the team at CIU and Hannah asked him to dinner one night to talk about why he wasn’t on the team and to get to know him. Ryan pursuing a degree in Bible Teaching, and Hannah soon after arriving to CIU switching programs to also pursue Bible Teaching began to bond over their love for the Lord and all that he was doing in their lives. After that dinner at the beginning of the semester, a friendship developed between them (as well as East Top and Hannah) and on December 3, 2016, Ryan asked Hannah on their first date. Dinner at California Dreaming and a Christmas light show in Saluda Should their relationship and feelings grew. Every year on their anniversary they replay their first date, and on December 3, 2018, as they replayed their date for their two year anniversary, walking through the light show, Ryan got down on one knee and asked her to be his wife. Over two years of memories and growing closer to each other and the Lord as they prepare for this big day that they become one.